What are the Ashta Siddhis?

Siddhi is a Sanskrit noun which can be translated as “perfection”, “accomplishment”, “attainment”, or “success”.

Siddhis (Sanskrit: सिद्धि siddhi; fulfillment, accomplishment) are material, paranormal, supernatural, or otherwise magical powers, abilities, and attainments that are the products of yogic advancement through sādhanās such as meditation and yoga. The term rddhi (Pali: iddhi, “psychic powers”) is often used interchangeably in Buddhism.

In ancient Indian literature, there are many kinds of siddhis mentioned by various masters. Patanjali in his Yoga Sutras, Veda Vyasa in the Sreemad Bhagavatham, Ishvara Krishna in his Saankhyakaarika have all mentioned multiple siddhis.

The Visuddhimagga is one of the texts to give explicit details about how spiritual masters were thought to actually manifest supernormal abilities. It states that abilities such as flying through the air, walking through solid obstructions, diving into the ground, walking on water and so forth are achieved through changing one element, such as earth, into another element, such as air. The individual must master kasina meditation before this is possible. Dipa Ma, who trained via the Visuddhimagga, was said to demonstrate these abilities.There are total 18 siddhis but 8 are most famous, i.e Ashta Siddhis. Lord Hanuman mastered all the siddhis.

Powers and Speciality of these Ashta Siddhis

The power of making a big material into small one. The siddhi, which was used by Pirungi Munivar to become a small bee, was Anima.

The power of making a small material into big one. The siddhi, which was used by Lord Krishna to show his magnificent image comprised as the entire World, was Mahima.

The power of marking heavy weight object as light object. The siddhi, which was used by Thirunavukarasar to float in the sea when he was tied in stone and thrown in the sea due to religious envy, was Laghima.

The power of wandering everywhere without any obstacle. In ‘ellam valla Siththarana padalam’, part of Thiruvilaiyadal Purana, Lord Shiva appears in all four directions. That siddhi was Prapti.

The power of getting desired appearance. The siddhi, which was used by Avvaiyar to get elderly appearance replacing her younger appearance, was Prakramya.

The power of handling five things: creation, protection, destruction, concealment and showing grace. The siddhi, which was used by Thirugnana Sambandhar to give life to Poompavai, was Ishitva. 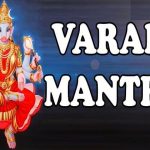 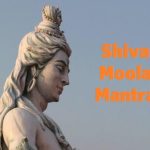 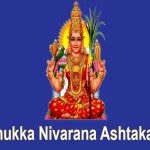