🛕 Long time ago, in ancient India, there lived a king called Ugrasen. He had two children, prince Kansa and princess Devaki. Prince Kansa was evil by nature. When Kansa grew up, he imprisoned his own father and crowned himself king.

🛕 Soon, his sister Devaki was married to King Vasudev. Right after the wedding, Kansa heard a divine warning from the sky, “O King! Your sister’s eighth son will grow up to kill you.” When Kansa heard this, he was afraid. He imprisoned his own sister Devaki and her husband, King Vasudev, immediately and kept them under continuous watch.

🛕 Years passed. Each time Devaki gave birth to a child in the prison, Kansa arrived and killed the infant with his own hands. When Devaki became pregnant for the eighth time, Vasudev’s friend King Nanda’s wife, Yashoda, was also pregnant. The eighth child, Lord Krishna, was born to queen Devaki at midnight in the prison. As soon as the child was born, Lord Vishnu appeared in His divine form and the prison was filled with a dazzling light. Both Devaki and Vasudev prayed to Lord Vishnu. At the same time that Lord Krishna was born in the prison, Queen Yashoda gave birth to a baby girl in Gokul. That infant was the divine energy of Lord Vishnu.

🛕 A divine message came to Vasudev soon after the birth of Lord Krishna, “Take this child across the Yamuna River to Gokul and exchange Him with Yashoda’s daughter. You will return before anyone comes to know about the birth of this child.”

🛕 Vasudev immediately followed the advice. The prison doors opened automatically as he walked towards them with the child in his arms. The guards had already been put to sleep by divine intervention. Vasudev then approached the Yamuna River, which was very turbulent due to fierce winds and rain. But as soon as Vasudev reached the riverbank, the river parted and made way for the divine child. Vasudev reached the opposite bank of the river safely and found that all the people of Gokul were fast asleep.

🛕 He entered the palace of King Nanda and Queen Yashoda and put the baby boy in the place of Yashoda’s baby girl. Then Vasudev returned to the prison with the baby girl in his arms.

🛕 As soon as Vasudev set the baby girl down next to Devaki, the prison doors shut automatically. The guards were now awake and were startled by the cries of the baby girl. The guards ran to Kansa and announced the birth of the eighth child.

🛕 The child did not fall down; instead she flew up and appeared in the sky as a goddess with eight arms, each arm carrying a weapon. She said, “O evil king! You will gain nothing by killing me. The one who will destroy you is elsewhere.” And the goddess disappeared.

🛕 Meanwhile, there was great rejoicing in Gokul. Everyone was celebrating the birth of King Nanda’s son. Nanda named the child Krishna. Entire Gokul wore a festive appearance that day. The streets were swept clean and all the houses were decorated with flags and flowers. Cows were smeared with turmeric and adorned with peacock feathers and garlands. All the people of Gokul danced in joy and flocked to Nanda’s house to see baby Krishna and to offer gifts.

🛕 Moral – The story of Lord Krishna’s birth shows how powerful and loving God is. Whenever the evil in this world becomes unbearable, like it had during Kansa’s wicked rule, God Himself comes to save us in the form of an Incarnation, like Lord Krishna. When God Himself intervenes, no one can do anything. Hence, we should pray to God everyday and remember Him by chanting (repeating) His Name in everything we do.

Stories of Lord Krishna With Morals

🛕 As soon as Krishna was born, the guards manning Devaki and Vasudeva’s cell went into a deep slumber, and the locks fell open.

Placing baby Krishna in a wicker basket, Vasudeva left for Gokul. When he reached the Yamuna river, he saw that it was flooded due to the pouring rain. But he had to save Krishna’s life. So, without fearing for his own life, Vasudeva started walking across the river. With his every step, the waters receded, and Lord Vishnu’s serpent Adishesha protected baby Krishna from the rain.

When Krishna reached Nanda’s house, he saw that his wife Yashoda had given birth to a baby girl. Slowly, he picked the baby up and placed Krishna in her place. Then, he returned to the prison with the baby. Devaki and Vasudeva had hoped that Kamsa would spare the baby girl because the prophecy had mentioned Devaki’s eighth son. But Kamsa didn’t care. He snatched the baby from their hands and flung her against a wall. Miraculously, the baby transformed into Goddess Durga and informed Kamsa that Devaki’s eighth son was alive and would soon come for him.

🛕 Krishna loved eating butter. As he grew older, Krishna started stealing butter from his own house and neighbours’. Yashoda hung up the butter so that Krishna wouldn’t be able to reach it. Slowly, other gopis also followed suit.

🛕 Krishna and his friends weren’t the ones to give up easily. They worked out a solution to this. The next time they raided a house for butter, Krishna made his friends form a human pyramid. He reached the top and broke the pot of butter. The friends relished it, much to the anger and disappointment of the gopis!

Moral – Focus on the solution and not on the problem.

🛕 Once when Krishna and Balarama were playing, the avatar of Lord Vishnu stuffed a handful of mud into his mouth. When Krishna’s friends complained to his mother. Yashoda ran to him and asked him to open his mouth. Initially, he refused to. But when Yashoda gave him a stern look, Krishna obliged.

🛕 What Yashoda saw wasn’t mud but the entire universe. That’s when she realised that Krishna was the Lord in disguise!

Moral – Always listen to your parents.

🛕 Once, Lord Brahma decided to test Krishna’s powers. So, he hid all the children and calves of Vrindavan in Brahma Loka. Krishna was unhappy with Brahma’s doing, and decided to teach him a lesson. So, he assumed the form of all his friends and calves and went to their homes. Nobody could even tell the difference.

🛕 When Brahma decided to check the situation in Vrindavan, he was shocked to see all the children and calves. Lord Bramha immediately realised his mistake and asked Krishna for forgiveness.

Moral – As you sow, so shall you reap.

🛕 Kamsa had been trying to kill Krishna but in vain. So, he hatched another plan. With his servant Akura, he sent a message inviting Krishna and Balarama to the wrestling match at Mathura.

🛕 Both of them agreed to attend the event. Once there, Kamsa pitted the brothers against two of his strongest wrestlers. Krishna and Balarama accepted the challenge, and easily defeated their opponents.

🛕 Kamsa lost his temper and ordered his soldiers to kill the boys. Hearing this, Krishna jumped into the stands, knocked Kamsa’s crown off his head and dragged him by the hair to the wrestling ring. Desperate to prove his might, the asura challenged Krishna to a wrestling bout. With one blow of Krishna’s hand, Kamsa fell dead. The Lord set his birth parents, Devaki and Vasudeva free, and placed Ugrasena back on the throne.

Moral – Truth and goodness always win at the end.

previous post Abirami Anthathi Lyrics in English
next post Gods Days of the Week - Which days are for which Hindu God? 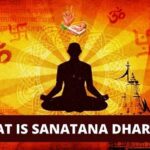 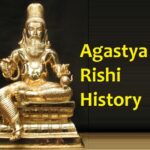 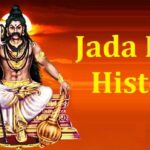