In Hinduism, it is believed that Navagrahas are nine deities, who can influence human life on Earth. These Navagrahas constitute the Hindu Astrology and they include:

Surya, the Sun God is considered as the leader of the Navagrahas and the colour related to the Sun God is Orange. The day associated with it is Sunday.

Chandra, the Moon God is of ultimate importance as people belonging to Hinduism follow Lunar Calendar and the colour associated with him is White. The day associated with it is Monday.

Rahu is considered as the Shadow Planet and is responsible for the eclipse of the Sun God, the Surya. The colour linked to the Rahu is Ultra Violet.

Like Rahu, Kedhu is also considered as the Shadow Planet and is responsible for the eclipse of the Moon God, the Chandra.

The Deity of the Planet Venus is the Shukra, the instructor to the asuras (demons). The colour linked to the Shukra is White. The day associated with it is Friday.

You can reduce Shani Dosha or Shani Dasha by chanting Shani Chalisa.

Guru Graha also known as Brihaspati is the God of the Planet Jupiter. The day associated with it is Thursday. The colour related to him is Yellow.

Mangal, the God of Anger is the name for the planet Mars or Red Planet and hence the colour associated is Red. The day associated with him is Tuesday.

Budh is the God associated to the Planet Mercury and the colour related to him is Green. The day associated with it is Wednesday.

Ravana, the Monarch of Sri Lanka meditated towards the God of Creation, Brahma and as a result of it he received a boon that he cannot be killed by Devas and Asuras. But, Ravana did not mention about humans and this is the caue behind the incarnation of Rama.

Ravana lured Sita, wife of Rama and imprisoned her in Ashokavanam and Rama came to the rescue of Sita. As the customs and traditions say, it is necessary to perform a puja towards Ganesha and Navagrahas before doing anything. Thus, Rama worshipped Ganesha in a place which is presently called UppurVeilukandaGanesha in Ramanathapuram district and came to worship Navagrahas in Devipattinam which is 15km away. 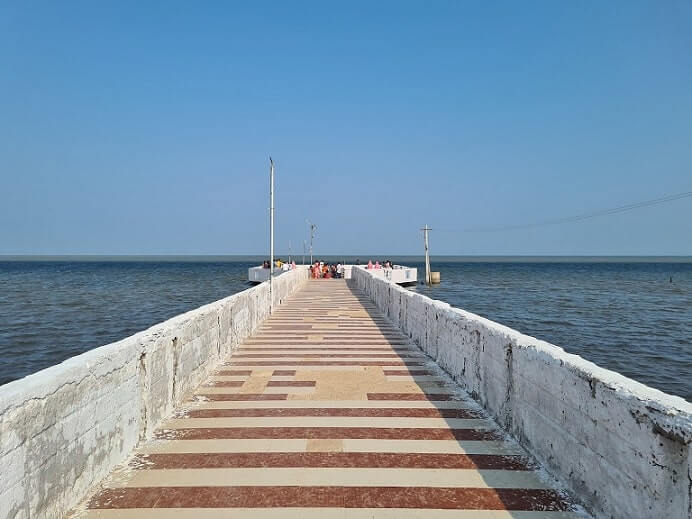 The Temple celebrates festival for 10 long days during the Tamil month “Aadi” (Mid – July to Mid – August). A Static states that nearly 1 lakh devotees come here to offer their prayer during this festival.

In the same way, a large number of devotees assemble here to pray during Thai (January) No Moon Day.

Devotees can offer their prayer all the days of a week from morning 4.30 to evening 6.30 at the Devipattinam temple. 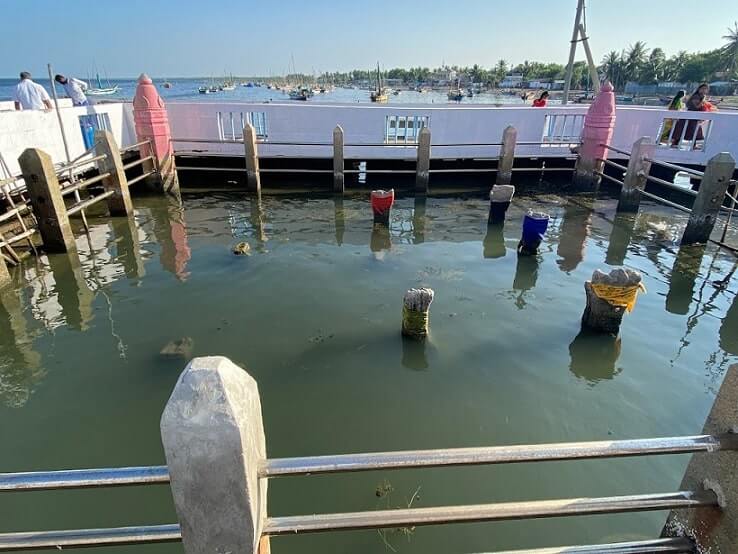