Diwali – The Festival of Lights

Shine like sparkles, glow like candles and burn all the negativity like crackles.  Yes, Diwali or Deepavali is considered as the festival of lights. The Spiritual meaning of Diwali is “victory of light over darkness, good over evil, and knowledge over ignorance” This festival is usually celebrated for five days and in the Tamil month of Kartika that is mid-October and mid-November. It is believed that the lights lit up during this festival will eradicate darkness both inside and outside and brings new hopes, dreams, joy and happiness. This is one of the most awaited festivals celebrated by people throughout India. Diwali is one of the major festivals celebrated by

Other names for Diwali

Diwali is celebrated by people from various religions in many states.

Diwali is usually celebrated twenty days after the Vijayadasami or Dussehra in mid-October and mid-November. Diwali generally coincides with the new moon that is amavasya, which is believed to be the darkest night and that is we lit up lights to win brightness over darkness.

Diwali is considered as India’s Biggest Holiday. It brings joy and happiness in the hearts of people who are relocated due to their work and studies as they seek it as an opportunity to return to their home town and celebrate the festival with their family and friends. Every year Diwali is celebrated around October and November and is strongly believed that the festival of lights had made its impression more than 2500 years back. Many Tamil Scriptures, Travelers, Publications, etc. mention the existence of Diwali and few are mentioned below:

which means those take bath with oil and water in the morning of the Chaturdashi, that is the fourteenth day of the month Karthika typically Deepavali will not go to Yamaloka as it believed that Lakshmi is residing oil and Ganga in water. Why is Diwali celebrated?

Diwali or Deepavali originates from the Sanskrit word Deep meaning lamps and vali meaning row and it literally means “row of lights”. There exist many stories about why is Diwali celebrated and most of the stories are about the triumph of good over evil.

The Defeat of Narakasura

The Victory of Rama

In some of parts of India, they celebrate Diwali, the day on which Lord Rama (7th Avatar of Lord Vishnu) along with his wife Sita and brother Laxamana returned to Ayodhya after a period of 14 years  after defeating the King of Srilanka, Ravana.

Pandavas after losing a bet to Kauravas in gambling were expelled from Hastinapuram. They returned to Hatisnapuram after 12 years on Kartika Amavasya and so some people celebrate that day as Diwali.

The Release of Guru Hargobind

Sikhs recognize Diwali as the day on which their 6th Guru Hargobind released from the captivity of Mughal Emperor Jahangir along with 52 other Hindu kings. They commemorate Diwali in the name of Bandi Chhor Diwas.

In Jainism, the celebrate Diwali as Mahavira Nirvana Diwas to remember the anniversary of Nirvana of Mahavira’s soul, the twenty fourth and last Jain.

In some regions of North India, people celebrate Diwali as the day of incarnation of Kamalatmika, an Avatar of Goddess Maha Kali.

Where Diwali is celebrated?

Diwali is celebrated in different regions all over India.

Varanasi – The City of Temples observes Diwali as the Diwali of Gods known as Dev Deepavali. Devotees believe that the Gods and the Goddesses come down to earth to take a dip in the Holy River Ganga and so they adorn the River Ganga and its banks with lamps and rangolis.

In Odisha, they celebrate Diwali by performing Kauriya Kathi, a ritual of worshipping ancestors in heaven. People burn jute sticks to call upon their ancestor and seek their blessings.

People in Bengal celebrate Diwali alongside Kali Puja which is also called as Shayama Puja. Devotees celebrate Kali Puja at night by decorating Maha Kali with Hibiscus flowers and they offer sweet, lentils, rice and fish to the Goddess. Temples in Kolkata like Dakshineshwar and Kalighat are famous for Kali Puja.

Marathi people start their Diwali with Vasu Baras, a ritual to honor cows. They also celebrate Dhanteras to pay respect to the ancient doctor, Dhanvantari. On the occasion of Diwali, they observe Diwali Cha Padva to commemorate the love of husband and wife.

For people of Gujarat, the year ends with Diwali. They celebrate Gujarati New year, Bestu Varas, on the next day of Diwali.

Goa people commemorate Diwali as the day when Lord Krishna killed the Demon King Narakasura. Many people in Goa grease their bodies with coconut to free themselves from sin.

In Punjab, Diwali falls around the same time of Bandi Chhor Diwas, a Sikh festival commemorating the release of Sikh Guru Hargobind from the jail of Mughal Emperor Jahangir.

People of Tamilnadu celebrate the day on which Narakasura was defeated by Lord Krishna, the 8th Avatar of Lord Vishnu. They festival starts early morning where devotees take bath with oil and water believing that the Goddess Lakshmi is residing oil and Ganga in water.

Diwali in Andhra Pradesh revolves around Lakshmi, the Goddess of wealth. Every Diwali, people of Andhra Pradesh chant prayers and seek blessings from the clay idol, Satyabhama. Diwali in other countries

Though Diwali is the major festival of India, it is also celebrated in some countries namely

In Bali, an island of Indonesia has larger Indian Population and they celebrate Diwali by releasing floating lanterns followed by some rituals.

Malaysia observes Public Holiday on Diwali and people celebrate the festival by lighting up the streets and houses. Diwali in Malaysia is also called as Hari Diwali.

Just like India, Fiji also celebrates Diwali by wearing new clothes, exchanging gifts and offering sweets to their loved ones.

Diwali also known as Tihar in Nepal is celebrated by worshipping Lakshmi, the Goddess of wealth and Ganesha, the God of new beginnings.

The Republic of Guyana in South America celebrates Diwali as per the Hindu calendar and also observers it as a national holiday.

As the epic Ramayana depicts, people in Srilanka observes Diwali as the day Rama defeated Ravana to save his wife Sita from Ravana’s captivity and returned to Ayodhya after 14 years.

Diwali in Thailand is celebrated under the name of Loi Krathong which means, ‘to float a basket’ and is observed on the full moon day of the 12th month according to the Thai calendar.

Diwali in Mauritius is celebrated primarily by the Hindu community that forms over 50 per cent of the total population of the island. The festival not only marks the victory of Rama over Ravana but also commemorates the victory of Krishna over the demon king Narakasura.

How Diwali is Celebrated?

The most beautiful festival of India is Diwali, the festival of lights. The most common ways how people celebrate Diwali in India are

Why do we burst crackers during Diwali?

Diwali is one of the auspicious festivals of India. The tradition of using fireworks on Diwali is believed to come into existence after about 1400 AD. The burning of fire crackers is to mark the victory of good over evil and it is also believed that igniting crackers would light up our hopes, dreams and knowledge and burn all the anxieties, negativities and ignorance. This is an interesting story about a 16 year old son of King Hima. The 16 year old son of King Hima is predicted to die from a snakebite while sleeping on the fourth day of his marriage on Dhanteras, which is also known as Dhanatrayodashi is the first day that marks the festival of Diwali. The new bride got to know about it, she decided she would not let him fall asleep. She laid out all her ornaments, gold and silver coins at the entrance to their bedroom and lit lots of lamps. She narrated him stories and sang songs to ensure he is not asleep. When the God of Death, Yama, came disguised as a snake, he climbed on top of the coins and dazzled and listened to the stories and songs instead. Since Yama missed the timing set for the boy’s death, he returned away in peace. Thus, the cleverness of the new bride saved the young prince saved from death and the day came to be celebrated as Dhanteras.

The Return of Ram, Sita and Laxmana

The most popular story associated with Diwali is the homecoming of Ram, Sita and Lakshman to Ayodhya after 14 years of exile. Rama, the son of King Dhasarathan went in exile for 14 years with his wife Sita and brother Laxmana because of a plot made by his stepmother. In the forest, Sita was abducted by Ravana, the King of Lanka. Later, Ram went in search of Sita, fought with Ravana, defeated him and returned to his hometown Ayodhya. This day is celebrated as Diwali.

Lord Mahavira was the founder of Jainism. Some Hindus consider him to be reincarnation of Lord Vishnu. Lord Mahaveera was born as Prince Vardhamana to King Siddhartha and Queen Trishala and left his home in pursuit of spiritual awakening at the age of 30 years. Jains celebrate Diwali as Mahavira Nirvana Diwas to remember the anniversary of Nirvana of Mahavira’s soul.

The traditional Diwali decoration include communities in India are lit up with shimmering lights and bright colors using string lights, candles, oil lamps, crafts and, of course, Rangoli; colorful floor designs made of flower petals, rice or sand and also people decorate their entire house with flowers.

Sweets made for Diwali In South India, the famous Diwali sweets include

There is no paucity of gifting options during Diwali. Traditional gifts include

Green Diwali is a way of celebrating the festival of lights with minimum damage to the environment. The idea is very simple we have to save the environment and mother Earth, which provides us all the natural resources. With the bursting of loud firecrackers, the air pollution and noise pollution in the country rises to the dangerous level causing discomfort to the elderly people, children and pets. Though bursting fireworks have become a tradition of Diwali, considering the impacts of burning crackers, State Governments have implemented various rules and regulations regarding fireworks. Diwali 2022 will fall on October 24 (Monday). We have hand-picked the best collection of 2022 Diwali Wishes, Diwali SMS and Greetings for you.

May this Diwali Light up New Dreams, Fresh Hopes, Undiscovered Avenues, Different Perspectives, Everything Bright & Beautiful and Fill Your Days with Pleasant Surprises & Moments. Happy Diwali…!!!
Delightful Laddoos, Incandescent Diyas, Whole lot of Smiles and Laughter, A big stock of Masti, Lots of Mithai,  Innumerable Fireworks, Wishing you Fun, Frolic and Endless Celebration!! HAPPY DIWALI 2022….!!!
A festival full of sweet childhood memories, a sky full of fireworks, mouth full of sweets, house full of diyas and heart full of joy. Wishing you all a very Happy Diwali.
Light a lamp of love!
Blast a chain of sorrow!
Shoot a rocket of prosperity!
Fire a flowerpot of happiness!
May this Diwali light up your new dreams, new hopes, new avenues, and new perspectives. May it shower everything good in your life and fill each day with pleasant moments. Happy Diwali to you and your family!!!
May your home be filled with good vibes and intensively positive aura as we celebrate the Diwali festival.
Let us light so many lamps that there is no dark corner left on the inside or on the outside. Wishing a joyous and prosperous Diwali to all.
May the colors of rangoli be full of colors of happiness, success and health for all of us. Happy Diwali to all.
May your life be as colorful, magnificent, shimmering and magical as the lights from the lamps of Diwali!
I hope that the flaming sparks of the lamps of Diwali which burns like a shooting star, guide your way through your dreams. 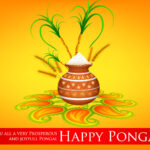 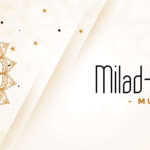 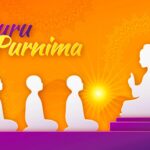