🛕 Malai Marundheeswarar Temple is located at Eriyur Village in Sivaganga District. It is located at the top of the hill on the eastern side of the village. This temple is dedicated to Lord Shiva. “Panguni Uthiram” festival celebrated in the month of March/ April is the major annual festival in this village. It is a 10 – day festival for Lord Muruga situated in the Malai Marundheeswarar temple. This festival attracts devotees from around the villages.

🛕 Most of the natives living outside of the village returns home to participate in the festival. Another major festival which brings the natives back home is the Pongal festival in the month of January. It is located 26 Kms North from Sivagangai. Other nearby towns is Melur and Tirupathur.

🛕 It is about 8 km away from Thirukoshtiyur which has one of the 108 Divya Desam temples dedicated to Lord Vishnu. S. Mampatti (4KM), Namanur (9.2 KM), Alavakottai (7.1 KM), Kattanipatti (9.3 KM), Mallakottai (7 KM), Madagupatti (7.7 KM) are the nearby Villages to Eriyur. It is well connected to Tirupathur, Melur and Madurai by private and Tamil Nadu State Transport bus lines. 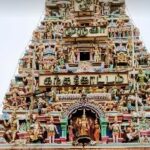 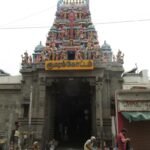 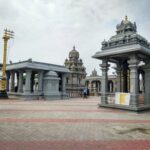