About The Matsya Narayana Temple Bangalore

🛕 Sri Matsya Narayana Temple is the only temple in Karnataka dedicated to Sri Matsya Narayana Swamy. Matsya Avatar was the first incarnation of Hindu deity Lord Vishnu among the Dashavatara (Ten avataras) of Mahavishnu. Matsya means ‘fish’ in Sanskrit and Matsya avatar is the incarnation of Lord Vishnu in the form of fish. At the end of the first epoch (Satya Yuga), when the world was destroyed by a great flood Matsya Avatar was taken by Lord Vishnu to save humanity and the Vedas from the great deluge.

🛕 Matsya Avatar is generally represented as a four-armed deity having the upper half of Maha Vishnu with four arms. Two arms hold shankam (conch shell) and chakram (divine discus) and the other two arms are in abhaya (divine protection) and varada (boon) and the lower half of Matsya (fish).

🛕 By worshiping him, through his grace generally one gains health, wealth, Peace and prosperity and specially one gets cured of rare skin diseases and gains abundant wealth.

🛕 Where ever Bhagavan Sri Matsyanarayana’s presence is there all the Vastu Doshas will get nullified.

How to reach Matsya Narayana Temple?

Airport: One can easily get regular flights to Bangalore from other major cities of the country.

Railways: There are regular trains from other major cities of the country to Bangalore.

Road: Bangalore is well connected to other major cities of the country via regular buses. 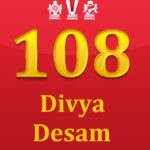 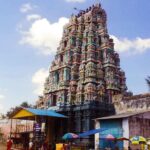 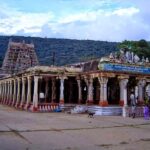