🛕 The Tiruchendur Subramanya Swamy Temple is situated in Tiruchendur, and is dedicated to God Subramanya or Skanda. It is one of the six major abodes of God Subramanya and is the only one among the six to be near the sea, as the other five temples are situated on mountains. The town Tiruchendur once had a different puranic name of Jayanthipuram.

🛕 The Murugan temple goes back to 2000 years or so. This is where God Muruga had camped before and after his war with the Demon king Surapadma. He worshipped God Shiva in this shrine which was built by Maya. The native red sandstone rock was used as the foundation for the temple and the long Gopuram. The temple’s Vasanta Mandap is a recent addition. It has 120 columns and a central porch. The 16 pillar Ananda Vilas Mandap stands on a raised sandy cliff overlooking the sea. The Shanmukha Vilasam houses an ornate mandap with four pillars in the center.

🛕 The temple’s main entrance opens into the first prahara which is known as the Sivili Mandap. The Temple also has a God Venkatesa (Vishnu) shrine on the northern prahara. The main sanctum sanctorum is dedicated to God Subramanya, who gives darshan in the form of Senthil. Here the God is seen in a standing posture. Short distance away from the main shrine is a cave dedicated to Goddess Vali, one of the consorts of God Muruga. The cave also houses the idol of Dattatreya, the king of the hunter clan. The temple was re-built and improved by kings of various South Indian dynasties like the Pandya and the Chera kings.

About the Deity (Subramanya Swamy)

🛕 In Tiruchendur, God Subramanya gives darshan to devotees in the avatar of Senthil. Senthil is believed to be from Senthur since it acquired the divine significance by being the battleground for God Muruga, which latter after adding the word “Thiru” became Thiruchendur.

🛕 Legend has it that the Asura king Surapadma ruled over Veera Mahandrapuri, an island fortress. He did a severe penance asking God Shiva to bless him with immortality; God Shiva pleased with his penance gave him the wish saying that he could be killed only by Shiva’s son. Having this power, the Demon king Surapadman started disturbing the Devas. The Devas complained to God Shiva to put an end to the demon’s atrocities. Accepting their plea, God Shiva created a six fire-spark from his Third eye. The sparks combined to form God Muruga. Obeying God Shiva’s order, he came to Tiruchendur and fought Surapadaman.

🛕 At this time, Guru Bhagawan, the preceptor of the Devas, was in Tapasya in this place praying for the darshan of God Muruga. God Muruga appeared before him and learned the history of the asuras. God Muruga sent his commander-in-chief, Veerabagu to Surapadman, as his messenger. The demon refused to listen to God Muruga’s message. Later, the God went with his battalion and killed him. At the behest of Guru, God Muruga continued to be here. Guru requested Viswakarma, the divine engineer, to build a temple for God Muruga.

🛕 A familiar local tradition runs to the effect that about 1648 AD, a race of seafaring men, identified later as Dutch, descended upon Tiruchendur and carried away the idol Shanmukhar and Siva Natarajar, thinking that they were made of gold. Their attempt at melting it proving futile, they tried to carry them away by sea. But the sea became rough, and rocked the ship violently, so the sailors threw the idols into the sea. The loss of the idols was discovered and duly communicated to Vadamalaiyappa Pillaiyyan, the local administrator of the Nayakkan ruler at Tirunelveli. A great devotee that he was, Pillaiyyan was sorely affected and knew not what to do. He ordered for a similar idol to be made in panchaloka. As the duplicate one was ready, and was on its way to Tiruchendur to be installed, in 1653 Vadamalaiappa Pillaiyyan had a dream.

🛕 Acting to the advice conveyed to him by the God, he put out to sea and following the instructions that the idol was to be found at the spot where a lime fruit would be found floating, and the place marked by the circling overhead of a kite, the bird of Vishnu. Vadamalaiappa Pillaiyyan recovered the original idol and reinstalled it in the temple in the year 1653. The replacement idol was then consecrated in the shrine of Tiruppirantîsvarar alias Venku Patcha Kovil situated east of Palamcottah (known as Murugan Kurichi).

🛕 Vadamalaiappa was greatly struck by the Lord’s grace in giving him this great relief, in memory of which he erected a mantapa at Tiruchendur in his name and endowed it largely for the performance of a Kattalai abhishekam and pujas for Subrahmaniam on the seventh days of Masi and Avani festivals. An inscription at the mantapa relates the incidents referred to.  Among many others, kirtanas composed by Venri Malaik Kavirayar, are sung at this mantapa at the time when Shanmukhar is brought here for Ubaya Mandagappadi on the seventh day of the Masi and Avani festivals. The poem relates the incidents and their rejoicings at the Lord being got back again. “Vadamalai Venba” is another poetic panegyric on Vadamalaiappa Pillaiyyan.

🛕 Devotees who take a vow place their offerings during festival and other days. They fast and carry Kavadi, Palkudam, offer Abishegam etc. to the Lord. The Golden Chariot procession, Chandana Lebanam, Dharabhishegam, Dharahomam are performed by devotees in fulfilment of their vows. Devotees who perform such austerities get relieved of their mental worries; the unmarried get married; and the childless beget children by the grace of Arulmigu Subramania Swamy.

🛕 Tiruchendur is the only Muruga temple where Raja gopura is situated in western gate. This temple was not constructed by Kings, it was built by three holy saints. This temple is also the largest temple among all the temples built by saints.The Tiruchendur temple does not have any eastern gateway contrary to all Hindu temple architecture. This is the only temple in Tamil Nadu where sanctum sanctorum is below the ground level. The 133 feet Rajagopura,built in the shores of Bay of Bengal,very near to the sea, just within 200 meters is still a mystery and an outstanding example for the Tamil temple architecture and an example for extreme civil engineering of Ancient Tamils.

🛕 Devotees visit this temple to seek fulfillment of the following:-

How to Reach Thiruchendur Murugan Temple? 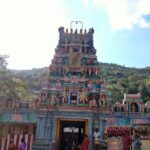 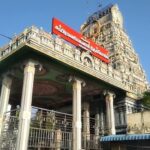 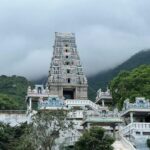