Temples are always considered as the place not only for spirituality but also for making people understand their way of living.  Cholas are one among the famous dynasties who ruled the South and they are known for their dedication towards Lord Shiva. Cholas have built many Temples for Lord Shiva throughout the South and here we are going to have a deep understanding about one such famous Shiva Temple in Tamil Nadu and that is Thiruppainjeeli Gneelivaneswarar Temple located in Trichy.

Gneeli is type of stone whereas painjali means banana. Hence, the temple has got a type of Wild Plantain as its sthala vriksha. Unlike other temples of Lord Shiva Thiruppainjeeli Gneelivaneswarar Temple, this temple welcomes us with anunfinished tower. Upon entering the temple we could see a 4 foot hall behind which there is a second entrance tower with three stages and is called as Ravana Gate. On left of this second entrance tower, there located is the Sotrudai Eeshwarar Sannidhi.

Thirunavukarasar also called as Appar is one among the 63 nayanmars (Tamil poet-saint) who have dedicated himself to the Lord Shiva. Legend says that Lord Shiva came to Thirunvukarasar in the form of a Brahmin and led him towards Thirupainjeeli and disappeared. It is believed that Thirunavukarasar alias Appar presented himself in the form of Linga at this place and the Linga here is worshipped in the name of Sotrudai Eeshwarar. Every year during the Tamil month of Chithirai (Mid – April), devotees celebrate food festival here by presenting food to the God Sotrudai Eeshwarar. 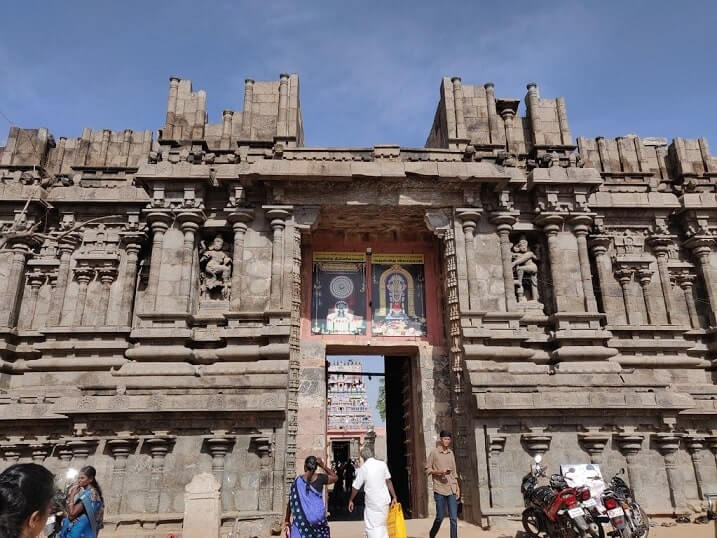 Without crossing the second entrance tower and entering into the corridor, we can see the Yama Sannidhi and this is made out of a cave slightly beneath the surface of the Earth, where we can worship Lord Murugan in the form of Somaskandhar sitting in between Lord Shiva and Goddess Parvati and Yama under the feet of Lord Shiva in the form of a child.Sashtiyaptapurthi and Ayulviruthi Homam will be done here as it is done in Thirukadavur.

Lord Shiva killed Yama by kicking him for Markandeya and as a result of it the population on Earth increased and kept on increasing without Death. Unable to bear, Goddess Earth and other Devas appealed to Lord Shiva to revive them. Hearing their appeal Lord Shiva made Yama come back in the form of a child and advised him to do his duty and act according to Justice. Unlike other Shiva Temples, there will be no place for Navagrahas here.

On entering the Ravana Gate, one must get down by 9 steps to rever Lord Sotrudai Eeshwarar and the 9 steps here represent that the Navagrahas (The Nine Planets) were once been Slaves in the Ravana’s Ministry. There are 9 pits near the Nandi (The Holy Bull), which in in front of the Lord Sotrudai Eeshwarar. Devotees light lamp in these pits and worship them as Navagrahas.

Crossing the Ravana Gate, we must set foot in the Thirukarthigai Entrance to see the Lord Gneelivaneswarar. The Lord here is self – manifested (Suyambu). As the Lord here gave back Yama his life and made him return to his duty, the Lord is also called as Athigaravallabar.

Lord Vishnu, Indra, Kamadenu, Adiseshan, Vayu Bhagavan, Akkini Bhagavan, Rama, Arjuna, Vashishta Sage and many others have worshiped and received the blessing of the Lord Gneelivaneswarar of this place.

There is a Ratna Sabha in this Temple, where Lord Shiva listened to the request of Vashishta and appeared before him in his dance moves and hence this place is also called as Mela Chidambaram. 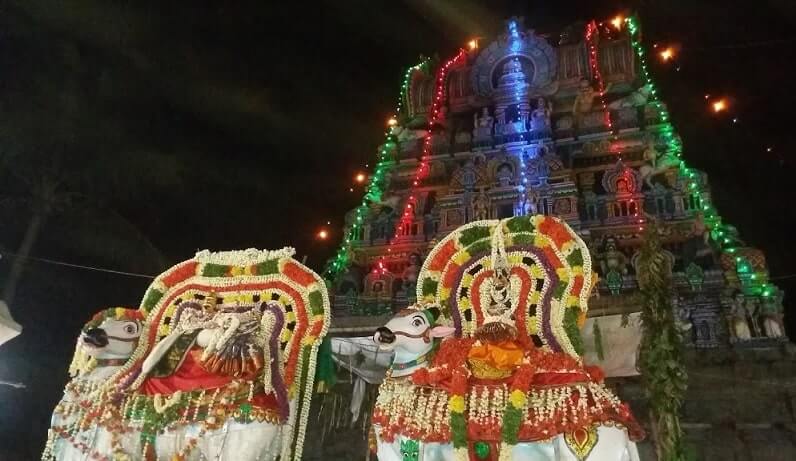 There are two Goddess Shrines in this Temple and both are named as Goddess Visalatchi. It is said that Goddess Parvati once wanted to be in Shivayoga and came to this place to meditate. As there were no trees around for shadow, Sapta Virgins (7 Virgins) came to provide Shadow for Goddess Parvati and she blessed them to be near her in the form of Plantain Trees. It is believed that when we make amends (Pariharam) to these Plantain Trees one can get married soon and it adds special when these amends are made on Fridays and Sundays. 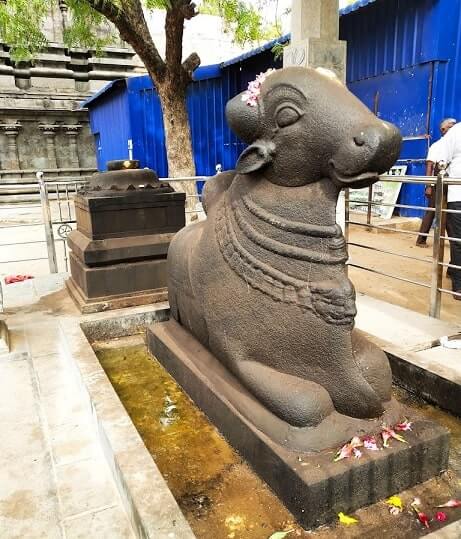 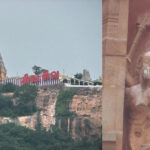 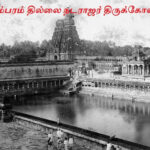