🛕 The Vallalar Temple is located in Vadalur and is dedicated to Sri Ramalingaswamigal. The God is also known as Vallalar was keen on educating people about the principles of religion in order to encourage unity amongst different communities. He is believed to have visited and worshiped at temples like Kandakottam in Chennai, Tiruthani, Tiruvottriyur Vadivudai Amman and Chidambaram Natarajar. When India was invaded by foreign powers, the British wanted to eliminate Indian philosophy and languages and create a nation that was ‘Indian by birth but British by spirit’.

🛕 However, a few revolutionary leaders turned things around for the nation with their visions. Sri Vallalar was one such individual. He wanted to see a single world united by souls. Sri Arutprakasa Ramalinga Vallalar was born on October 5, 1823 to Ramiah and Chinnammai who lived in Marudur. Chinnammai had the habit of donating food to atleast one poor individual before she ate. This practice is what inspired Ramalingaswamigal to establish the Dharma Sala. He led a life filled with strife. His works were criticized by pundits.

🛕 However everyone realized eventually that Vallalar’s Samarasa Suddha Sanmargam was an ideal religion that accomodates humanity. To emphasize the fact that God helps devotees like a lit-lamp, Vallalar created a lotus – shaped hexagonal Sabha, lighting the lamp before the design. The Deepa offering (Deepa aaradhana) is shown in the small, golden sabhas called Chirchabai and Porchabai. There is also a board that reads “only vegetarians allowed.” The Arutperunjothi Agaval written by Vallalar is found engraved here.

🛕 The lamp lit by Vallalar at the Sathya Gnana Sabha is kept burning always. There is a mirror placed in front of the lamp and curtains of black, blue, green, red, golden, white and other colours. When the curtains are moved, the flame can be seen through the reflection on mirror. That is to say that man could see the light in him if he erases the seven bad traits in him.

🛕 Vallalar started the Jyoti Darshan (Lamp darshan) on Thai Poosam (January-February) in the year 1872. This festival is very devotionally celebrated since that day. The Jyoti darshan can be had by the devotees on this day only, after removing all the seven curtains in the Gnana Sabha – Wisdom Hall. The seven curtains will be removed that day at 6.30 a.m., 10.00 a.m., 1.00 p.m., 7.00 p.m. 10.00 p.m. and 5.30 a.m. the next morning. During the Poosam star days, three such darshans are shown at 8.00 p.m. removing only six curtains.

Vallalar temple is opening from morning 6 a.m. to 6 p.m. 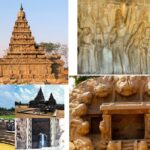